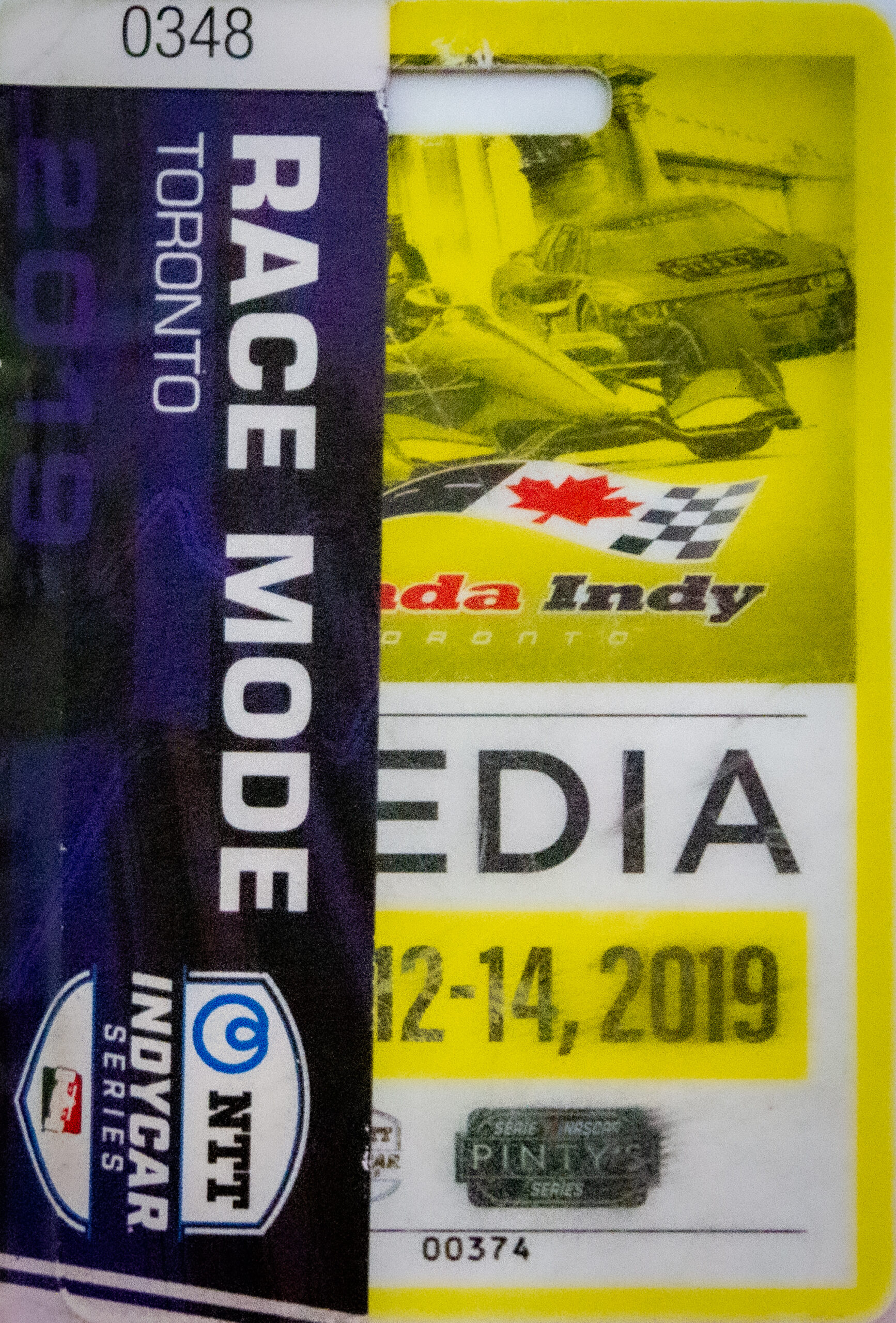 The weekend started on a high note when I went to collect my credentials and spotted a huge (7′ high) CAA banner that featured my 2018 photo of James Hinchcliffe in Turn 3.

For my 10th year shooting the Honda Indy Toronto, my assigned series was the Porsche GT3 Cup Challenge. This means I was following their practice, qualifying and race sessions, but also their autograph sessions, paddock and victory podium.

I was also assigned to shoot some fan photo sessions: Champions Club with James Hinchcliffe (including a brief FaceTime with one!); Hinch and some volunteers; Hinch and the Rookie Racers; and then the Fathers’ Day competition winners (which HIT used one of my shots to promote):

As always the shot list for the weekend includes kids/families/fans and Thunder Alley activities; I also took a few in the pit lane just before the start of the main race:

Unfortunately there was no photo-hole at Turn 3 this year (just a huge Acura banner) so shot the practice, qualifying, and race sessions from a variety of spots instead of camping out at one corner:

Because I wasn’t all the way across the circuit at Turn 3, I actually made it to Victory Circle in time for the podium ceremony:

As is now traditional, our group shot is taken on the start/finish line:

All in all it felt like the best HIT weekend I’ve had in my 10 years of doing this! I got more shots that I liked, handed in more than usual, and got some great feedback! Oh, and physically it hurt less than the previous couple of years 🙂