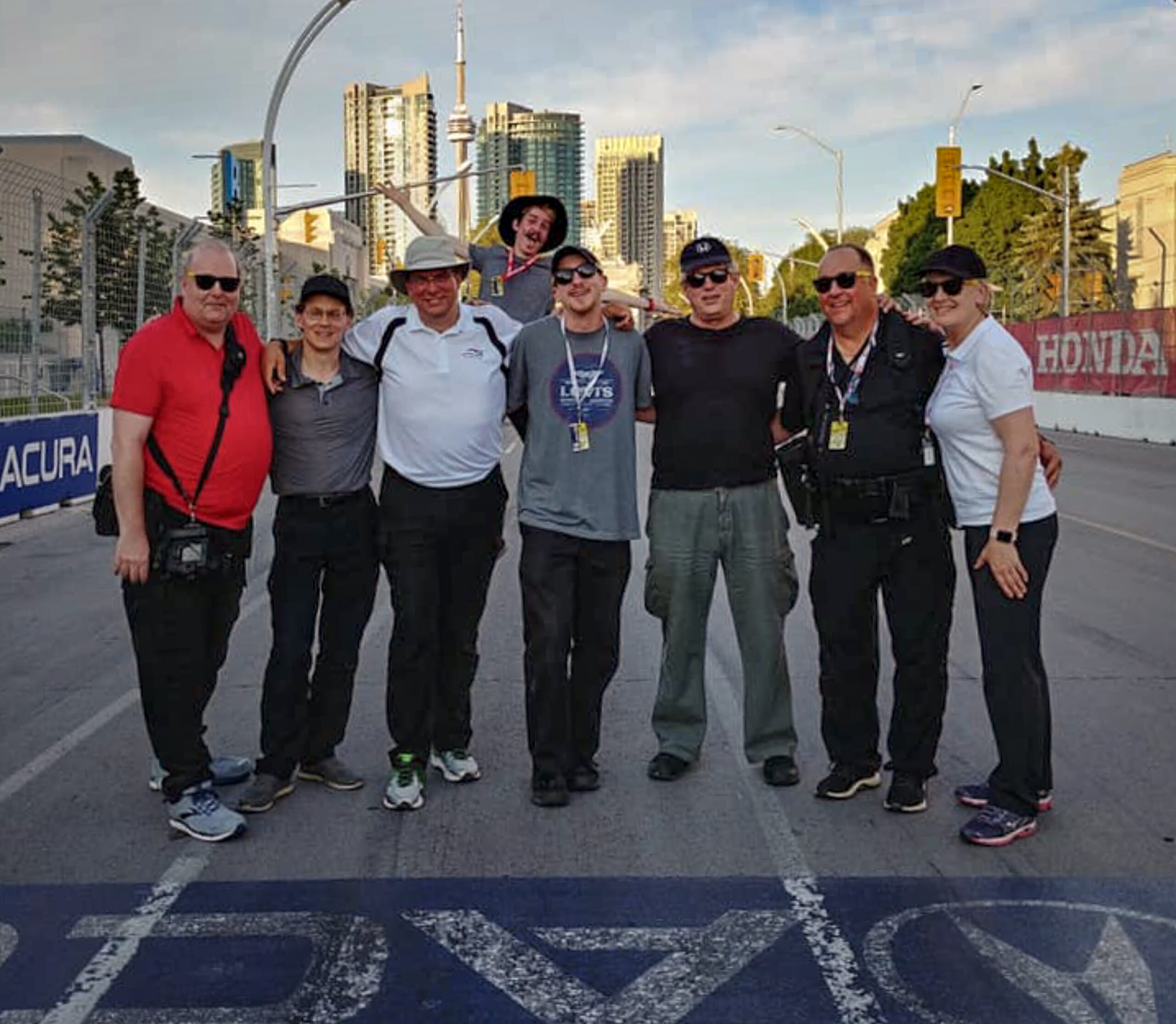 2010: My first year felt pretty bumpy – there was (well, still is) a lot to learn but not much time and we’re under pressure to turn in the shots that HIT need. I got a few decent photos; I can’t find a copy of the shot list but the main areas to cover were:

I was particularly happy when one of my shots of the podium celebrations was used on the main website banner:

2011: I wasn’t happy with most of what I shot so didn’t turn in very many photos:

A couple of my shots were used on the HIT Event History page, which unfortunately they’ve taken down. Mine are middle row left (from 2010) and middle row right (2011):

2013: A double-header (two Indy races, #2inTO) but less shooting the racing, more of people and activities:

2014: My 5th year shooting for HIT. Another double-header (#2inTO) year, along with the FireFit firefighters’ challenge and the Stihl Timebersports lumberjack competition; lots to shoot – I even wrote another blog post.

2015: Another wet one; I’d walked away from Turn 3 just before the Indy Lights collision, but I did manage to get some reasonable shots that weekend.

2016: I’m in the official race review video, when two drivers hit the tyre wall in Turn 5. Unfortunately I only got one shot of that but I did manage to capture a few others, and wrote a post about the weekend:

(The photo of father & son using the jack was used on HIT’s Father’s Day contest page.)
Team shot on the start/finish line:

2017: Construction of “Hotel X” caused Indy to move the pit lane to drivers’ left. I was pleased to get some good shots of on-track action and the podium celebrations. As I mentioned in my blog post, HIT had stopped using Flickr at this point.

2018: My focus was more on the Indy Lights series, although there’s always the request for more shots of kids/families having fun. I think I’m finally hitting my stride and turning in some decent shots; see my blog post for more.

2019: The weekend started on a high note when I went to collect my credentials and spotted a huge (7′ high) CAA banner that featured my 2018 photo of James Hinchcliffe in Turn 3.

I wrote a post recently with more photos; I think I finally hit my stride and turned in some decent shots.

Wow, ten years – it doesn’t feel like it’s been that long, but looking back at my shots from 2010 there were many that I’d forgotten. Also, I’m glad that I can see how I’ve improved over time – there’s always more to learn and practice, and hopefully I’ll get the opportunity to continue shooting with this team for a few more years!

1 thought on “Ten years of shooting the Honda Indy Toronto”