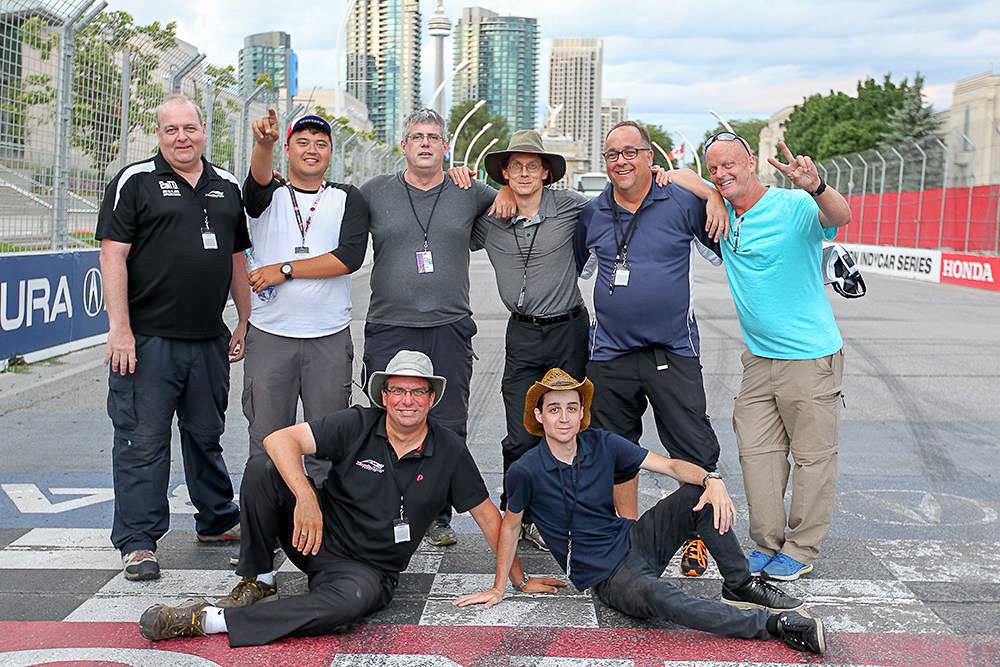 I went to the Honda Indy Toronto for a couple of years as a spectator and posted some of my through-the-fencing shots on Flickr. I remember receiving an email from someone with an Indy email address, asking if I’d like to join their photography team… which I decided was a hoax and deleted it! Fortunately they wrote again – this team I was convinced it was real and jumped at the chance 🙂

A couple of my shots were used on the HIT Event History page, which unfortunately they’ve taken down. My photos are middle row left (from 2010) and middle row right (2011):