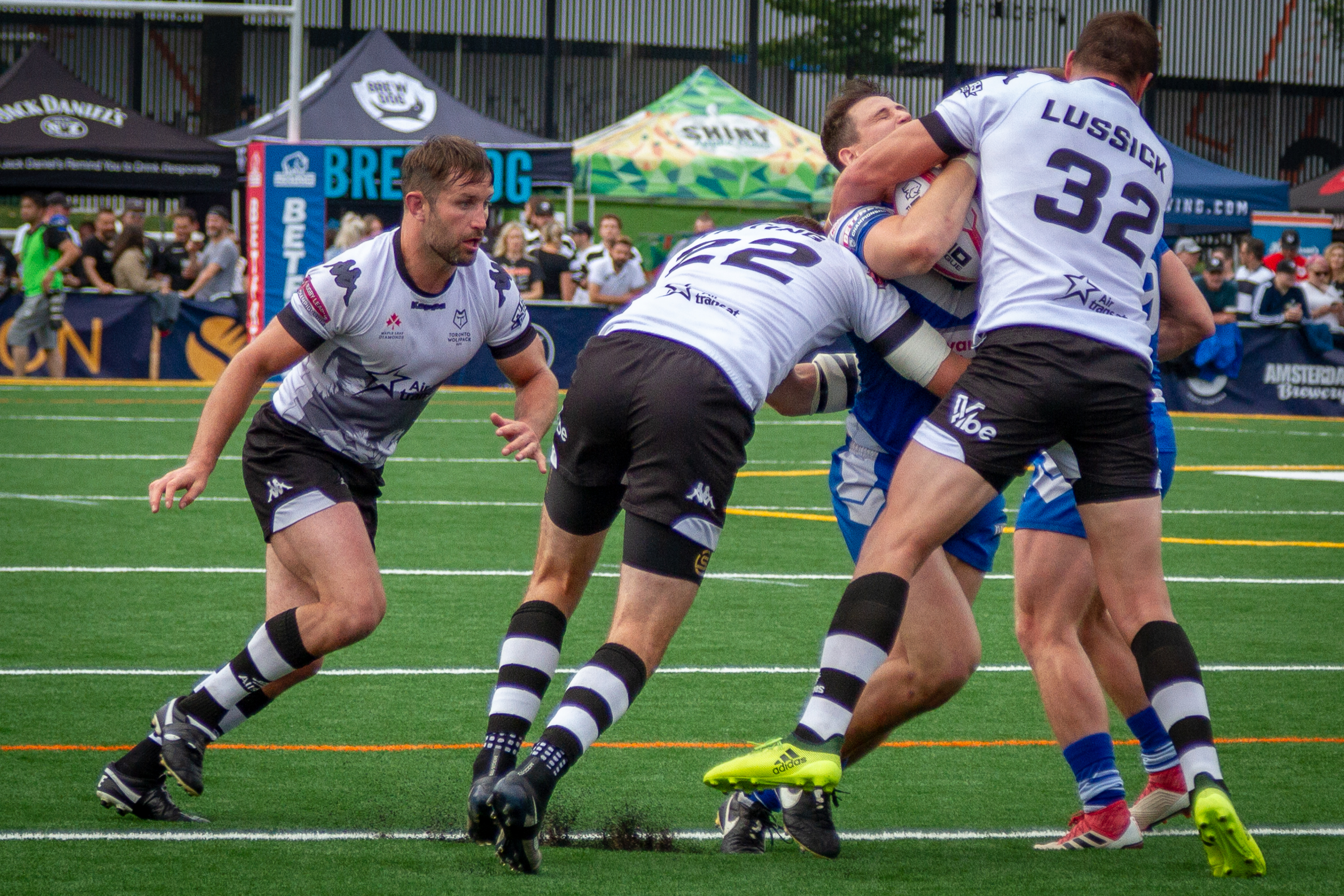 The rain before the game might have helped Barrow feel more at home, but with only a 14-man squad they were going to need a lot of help. (This means they had just one substitute, whereas Toronto had four.) CBC reported:

[Wolfpack coach] Rowley, who counts Barrow manager Paul Crarey as a friend, has sent wingers Jonny Pownall and Ryan Burroughs to the Raiders on loan, although neither can play Saturday against the Wolfpack.

Fortunately, the team shop was giving out free rain ponchos, but the rain stopped just in time and the sun came out as the teams took to the field. The pitch was still a bit greasy though, and a couple of times players slipped when trying to catch the ball.

Half-time entertainment included some kids playing tag rugby but they were down the opposite end of the field so I couldn’t get any photos.

Tempers were getting frayed in the second half as the game continued to get more physical. I’m sure it didn’t help that Toronto continued to pull away, with the final score of 64-0 despite Barrow’s constant pressure.

After the game, I got a few shots of some of the Wolfpack players with their kids.