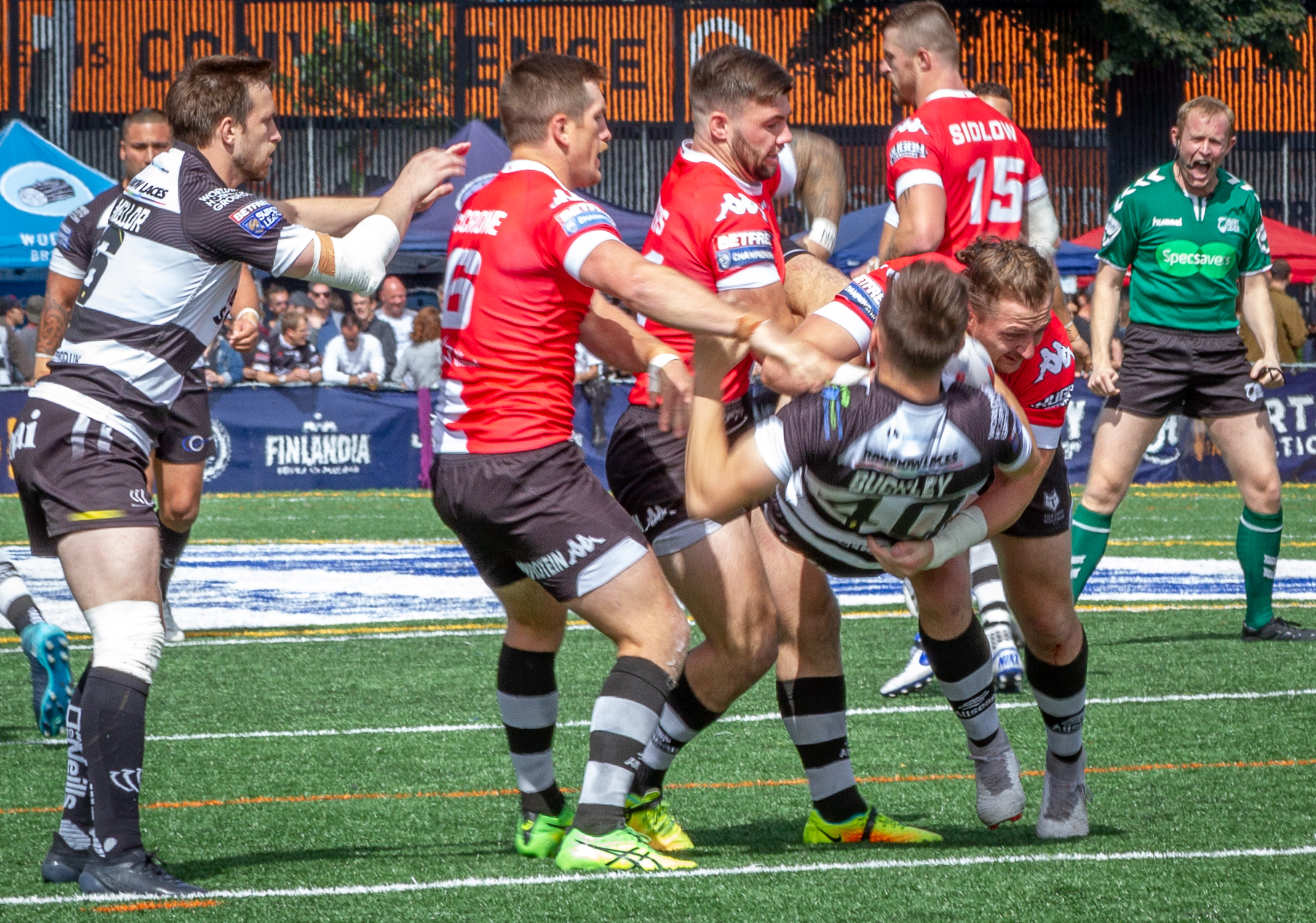 The final home game on the Super 8s Qualifiers (unless we’re in the Million Pound Game, i.e. the playoff between 4th and 5th place) was against Widnes Vikings, who play in the Super League. However, despite being in the top league, Widnes were bottom of the Qualifiers table and Toronto were in fifth.

No Super League side has ever been automatically relegated since the inception of the Super 8s concept back in 2015 and Widnes’ proud status in the sport will only serve to motivate them further to not make history for all the wrong reasons. [wolfpack]

Widnes scored first but Toronto fought back and a well-balanced first half ended with the Wolfpack 10-8 up.

The theme of Country carried through the half-time entertainment, which included a public line dancing session and then a head-to-head between two bridal showers.

Widnes were first to score again, bringing the score to 10-12, then Toronto managed a try and conversion to reclaim the lead 16-12. A couple of penalty kicks put Toronto 8 points ahead; the final score was 20-12.

Unfortunately for Widnes, this defeat means they’ll be in the Championship (2nd division) next season.

The Vikings intend to remain a professional, full-time organisation. We are determined to make every effort to retain the best of our talent, and to also effectively rebuild this squad, with the intention of making an immediate return to the Super League. [BBC]