This is a somewhat belated post – I should have written in sooner (especially as I was wearing my “I’m blogging this” T-shirt on the first day) but I was caught up dealing with Canon and other things, so this post has been evolving quite slowly. Anyway, on with the story… 🙂

We drove up to Montreal on Friday (April 3rd) in almost constant heavy rain, fortunately only encountering a couple of delays. Arriving at the Gouverner hotel mid-afternoon, Dan & I went for a short walk while Kerri took a nap; I took a few photos before heading back to get ready for the first night of the concert.

The hotel was quite close to the concert venue (L’Olympia), so Kerri & I wandered along Rue Ste-Catherine looking for dinner. We found an Indian restaurant (Tabla) with a reasonably priced meal for two, which was very tasty.

There was a small queue to get in to the concert but at least it wasn’t raining. We got our wrist bands and headed inside. I spotted someone with an SLR camera and asked them if they had a press pass; they said no but it was OK to bring in cameras despite the tickets saying it was strictly prohibited. There wasn’t time to go back to the hotel to get my camera but at least there were two more nights when I could bring it.

We caught the tail end of the support act (Sun Domingo) as we queued to buy a T-shirt. The ground floor of the hall was broken in to four tiers, so we picked to spot and watch the support band. They were quite good but clearly everyone was keen to move on to the reason we were all there – Marillion. The theme for the first night was marking the 20th anniversary of Season’s End, so they performed the whole album and its B-sides:

(I hope this is right – it’s based on my [poor] memory and other people’s notes I’ve found online.)

We’d started off standing toward the left side of the crowd but there was a girl who screamed at everything and anything, about every 90 seconds I think. Unfortunately she didn’t lose her voice so we moved before one of us had to strangle her. When we moved, we bumped into a group wearing Hello My Name Is… stickers and got chatting to a couple that were on their honeymoon! They were a fun group and everyone had a good time; I think we left just after midnight with Happiness Is The Road stuck in my head.

Due to my brain clearly being defective, I missed Qualifying for the Malaysian Grand Prix because I got the time wrong. (Fortunately I’d set the PVR to record it, so I watched it after I’d seen the race.)

Kerri and I had breakfast, then we met up with Dan and went for another wander. It was raining intermittently at first but slowly built to the point where we decided to head back to the hotel … although not before I got a few more shots 🙂

I tried to stay inside while Dan and Kerri sought out the swimming pool, but I couldn’t help myself – my trigger finger was itching, especially as I’d been without my camera for so long, so I headed back out into the rain. At one point it was coming down so hard I took shelter inside a building, which turned out to be quite interesting and I got some good* shots in there. (*I think they’re good anyway 🙂 )

We’d made plans to meet up with some friends while we were in Montreal, so there was just time to change into dry clothes before we set off for the Unibroue pub, Fourquet Fourchette. Andy and Matt were already there, well into their first beer even though the bar had only just opened. 🙂 One of Kerri’s friends joined us a few minutes later but we had to order before the remaining couple joined us – I was very conscious of the time as I wanted to see The Wishing Tree, who were the first support act that night, ahead of Sun Domingo.

I’m struggling to remember what I had (maybe Kerri can correct me?) but I think it was succotash, along with a couple of beers I’ve not had since last year’s Montreal beer festival: Don de Dieu and Eau Bénite.

Anyway, it was quite a rush but we left everyone to enjoy themselves at the bar while we took a cab back to the concert. Unfortunately we’d missed The Wishing Tree completely – in fact Sun Domingo were well into their set when we arrived! We spotted the screamer from the previous night and moved to the other side of the crowd. The previous night I’d picked out a few “photo-friendly” spots so I headed off to take some pictures from either side of the stage, leaving Kerri to chat with a Scotsman she’d just met.

Saturday night’s theme was a song from each year that h has been with the band (skipping tracks from Season’s End), with some Fish-era for the encore:

(They didn’t release an album every year so some years are when a track was written.)

It was funny to watch h repeatedly struggle to remember which album a track was on or which year it came out. I took a lot of photos that night because I wasn’t sure I’d be able to get my camera in on the Sunday – the security guy took a little convincing to let me bring my 18-200mm lens in on Saturday so I thought I’d play it safe and “bank” as many photos as I could.

We’d heard that (some of?) the band came out to meet fans after Friday night’s show, so we hung around at the end on Saturday … well, it was past midnight so technically it was Sunday and therefore Kerri’s birthday. A lot of others (about half the audience, I’d guess) waited too, and eventually Mark Kelly appeared. We formed an orderly rabble and said hi, took a couple of photos, got his autograph, and Kerri got a birthday kiss. 🙂

I think we got back to the hotel just before 1am; I downloaded my photos from the camera to Kerri’s laptop and then up to Flickr (as a temporary backup), and set the alarm clock for 4:45am so I wouldn’t miss the race!

Sure enough, the alarm went off and I watched the Malaysian Grand Prix, writing my race notes as usual. It ended at 7am and I went back to sleep. It probably isn’t ideal but I managed nearly 8 hours sleep, albeit in two phases. 🙂

We had cake and bubbles (Vouvray, I think it was) to celebrate Kerri’s birthday. (Thanks to Dan for the cake – I was in no state to pick it up earlier that morning.)

After lunch Kerri went out in search of bagels and cretons while I had a nap, then we walked down to L’Olympia for the last time. We were there in time for John Wesley’s set but apparently we missed a magician! Oh yeah, not that John Wesley – this one 🙂

When Marillion took the stage, h announced they’d be performing the shortest set list ever (boo!) but it consisted of their longest songs (yay!). Here’s the setlist and links to some videos I found on YouTube:

A Few Words For The Dead
This Town / The Rakes Progress / 100 Nights
This Is The 21 Century
Ocean Cloud [video]
~~~
5-Minute Standing Ovation
“Brokeback Mountain” [video]
~~~
If My Heart Were a Ball It Would Roll Uphill [video]
Interior Lulu
Kayleigh [video]
Lavender
Heart Of Lothian [video]
~~~ [video]
The Invisible Man
~~~
This Strange Engine, with h crowd surfing! [video] [balcony video]
~~~
Long list of people to thank
Neverland

What an absolutely fantastic night! Never mind that the band were on top form and the crowd were even more enthusiastic than the previous nights; there was a bit of drama when h had problems with the cricket bat and threw it across the stage, but instead of letting that spoil the rest of the night, h put himself in the hands of the fans, literally, and surfed his way to the back of the crowd and then back to the stage. Absolutely amazing! If you only watch one video, watch this one! 🙂

We hung around for a little while after the show but we couldn’t stay long because we had an early train to catch.

That has to be one of the best weekends of my life, and probably the best concert I’ve ever seen! The organisation was great; the sound quality was excellent; the crowd (which I heard exceeded 1,700 people) were really enthusiastic and friendly; and of course Marillion put on a fantastic show, not once but three times.

[My concert photos] [My other photos from Montreal] [My F1 posts] 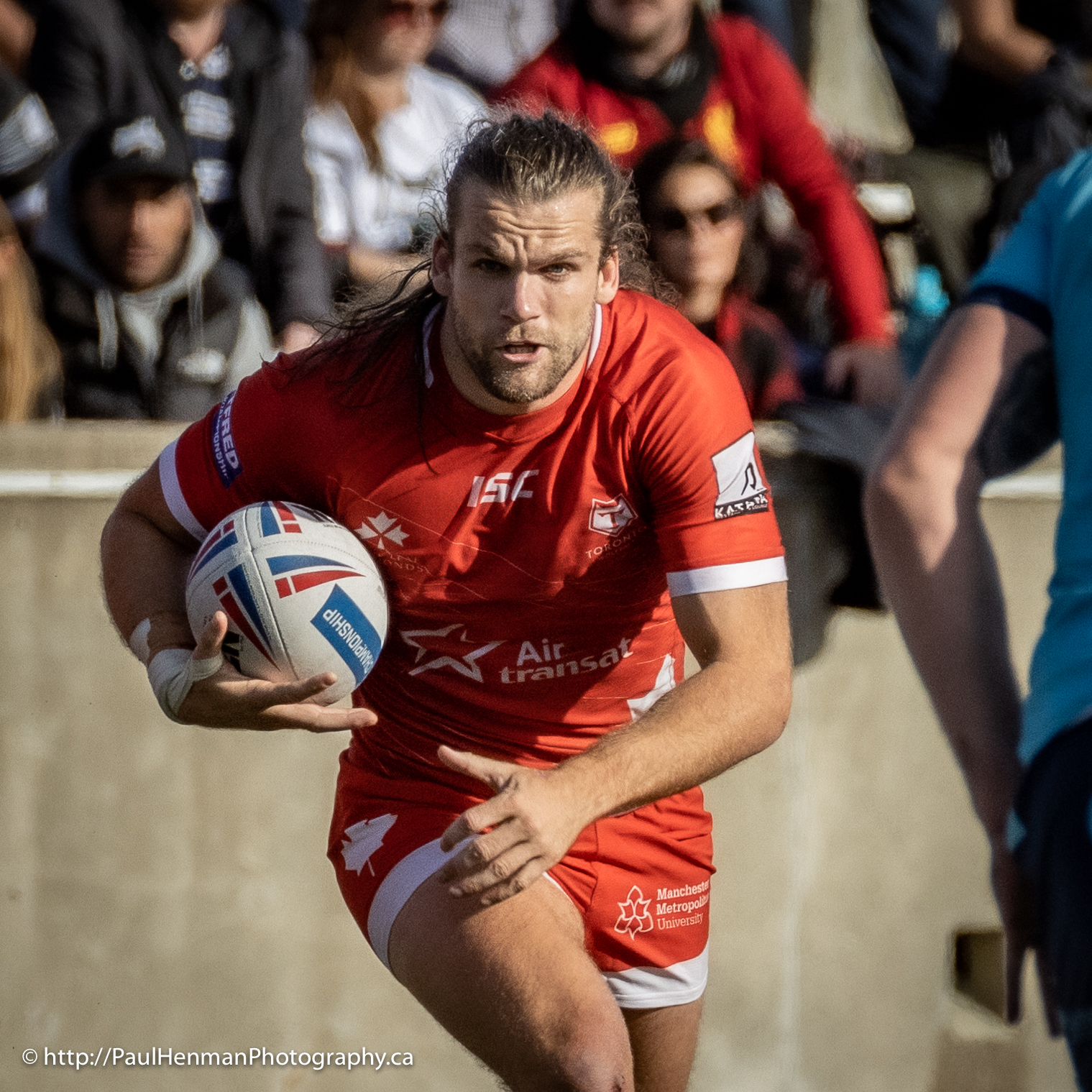 As is customary at the end of the year, it’s time to review my photos so let’s take a look at each month: January Kicked off the year with our traditional shoot of the Polar

I listen to a lot of podcasts, and I’ve promised to share my list with a few people, so the list is below. (Note: some of the feeds may be dormant/dead but I’ve not removed