I can finally look back at my camera problems without completely blowing my top. It started a few weeks ago (March 24th, to be precise) when my Rebel XTi started reporting “Error 99” when I tried to take a photo. The error message said “Shooting is not possible. Turn the power switch to OFF and ON again or re-install the battery.” (Obviously I followed those steps but the error still kept cropping up.)

The problem was intermittent so I took my camera to the Toronto Flickr meetup on the 26th and managed to take some pictures but over the course of the evening it acted up more and more. Eventually it stopped working completely, popping up Error 99 every time I hit the shutter button.

Brian, one of the other people at the TO Flickr meetup, has an XTi so I borrowed his battery and put it in my camera – no, still Error 99. Then his lens; no, still Error 99. Finally, his memory card; no, still Error 99. Having swapped all the parts I could and still getting Error 99, it was clear the problem was with the body. A couple of people at the meetup, and some info online, suggested the error could be caused by dirty contacts between the body and the lens, so I tried cleaning them but to no avail.

Over the weekend I tried swapping components again (2 lenses, 4 memory cards, 2 batteries, in various combinations) but I got “Error 99” 100% of the time so I logged the problem via Canon’s website. Monday morning I phoned Canon to check I could drop it off in person (the local repair centre is west of Toronto), hired a car, drove over and put my XTi in their hands.

The following morning I received an email from Canon: they estimated it would cost $250+tax and take 15-20 business days. I gave them the go-ahead and started counting down the days.

If the frustration of being camera-less wasn’t enough, I’d won tickets to a hockey game (thanks again to @toniahammer and Molson) that was only a few days away. I’ve never been to a NHL game before, and the tickets for the Maple Leafs v NY Islanders game were great – 10 rows from the ice – so I just had to take some photos, somehow. Well, they say nothing ventured nothing gained, so I asked Brian if I could borrow his camera for the evening, and he said yes! So thanks again to Brian for lending me his Rebel XTi and Tamron 17-50mm f/2.8 lens, without which I wouldn’t have been able to take these photos. (I used our Samsung point+shoot when we went to a taping of the Rick Mercer Report.)

I tried not to obsess too much, but I know I griped to everyone about my camera problems (sorry everyone!) and checked the Canon website every day or two. Finally, on March 27th, the status changed from “Accepted / Work In Progress” to “Status: Completed; Shipping / Tracking: NORMAL” – woohoo! After waiting (not so patiently) for 19 working days, it’s finally fixed.

When I dropped my camera off, Canon offered to ship it back to me free of charge, so now instead of checking the website I kept looking outside for a Purolator van. Nothing. Nothing on Saturday either. (I’m not sure if they deliver on Saturdays but I was hoping they would.)

Monday morning arrived and I called Canon – I would have thought they’d email me a tracking number on Friday when they said it was being shipped. The person I spoke to said they don’t send tracking numbers automatically – you have to call and ask! OK, so I’m asking now. He checks their system and tells me that my camera only went to their shipping department today and so I wouldn’t get it until Tuesday or Wednesday. Aargh! There’s nothing I can do other than tweet about it. I forgot to mention: I’d been updating Twitter and Facebook with my tales of woe since the error starting popping up, and it was surprising/saddening to hear other people’s horror stories.

Anyway, about an hour after being told it hadn’t left Canon’s shipping department, Purolator were at the door handing over my camera! It’s nice to see Canon are totally on top of the whereabouts of things.

I opened the box but the body felt quite cold (it had presumably been on the delivery van for a while) so I left it a while to let it warm up naturally. Is that self-control or what? 🙂

After about half an hour, I picked up the body and before I attached a lens or anything, I took a peek through the viewfinder … and discovered a line running all the way from left to right, filling the middle third of the window! What? I used a lens cloth to wipe the viewfinder, looked again, and it’s still there! I took a look inside the body and there it was – the glass above the mirror (not sure what it’s called) has a line running right across it!

I hoped it was just a hair, so I grabbed a can of air (that I use for cleaning the PCs) and blew on the glass – the line didn’t move at all, and my heart sank – it’s not a hair – it’s a crack!

Rather than call Canon straight away and scream at them, I took a few minutes to try to calm down so that I could be rational on the phone. When I did call, I told them that I’d just got my camera body back and they’d broken it – I was surprised that their response was simply “OK, send it back”. Really? You’re not going to try to blame Purolator or me? Wow, they must be used to people calling in with the same complaint! (Later, when I was a bit calmer, I thought it’s probably a good thing they just accepted responsibility and didn’t try to pass the buck.)

I was told that I should send it back to Canon (at their cost) and they’ll send me back a loan body while they’re fixing my camera, which could take 3-4 weeks. But if they won’t send the loaner until they get mine, that means I’ll be camera-less for another few days, plus they couldn’t guarantee it would be an XTi (or better) that I get in the meantime. Not good. I said I suppose I’ll to hire a car and drive over; he said that would be easier so we could do the swap sooner. It would have been nice if Canon had offered to cover the cost of me driving over there again.

Unfortunately there was no way I could get ever to Mississauga for a few days because of plans which included the official launch reception for Ontario Walks 2009 and the Marillion weekend in Montreal – at least the problem was with the viewfinder and not the sensor, so I could at least take photos even if setting them up was a bit difficult.

Once we got home from Montreal I called Canon again to check I could come in and do the swap; I was told “we don’t do that” and so an argument ensued. I said that, given they broke my camera (plus how much it had cost me, and the time it had taken), if they couldn’t lend me a body then they should replace my XTi with a new body. This went backward and forward over the next couple of days, ending with them promising their manager would call me back … which of course they didn’t. Finally, on April 13th, I called again and was told there was a note on the case file that said they would lend me a body. I said I’d be in later that day, then set about hiring a car.

When I got to the Canon Repair Centre, I told them my problem and that I was picking up an XTi loan body … only to be told “we don’t have any loan cameras”! What? Apparently they only have a couple and they were out – they only had an XT available. Just how incompetent is Canon customer service? Just before I blew my top, she said she’d see if they could fix it while I wait and disappeared. A couple of minutes later she returned and said it would take about 20mins – quite a bit quicker than the 3-4 weeks I was told on the phone. OK, let’s just get this over with. I called to extend car rental and waited. Sure enough, about 20 minutes later she returned with my camera. I checked the viewfinder and it was fixed. I turned it on and all appeared to be OK. She told me it was a hair and it couldn’t have happened at Canon because it’s a clean environment – honestly, I don’t care whether it was a hair or a crack, or where it happened, I’m just glad it’s fixed, but please don’t insinuate it’s my fault!

So with that, I finally had my camera restored to a fully working state. It took too long, cost too much, and generally was just way too painful. It’s a shame that the only place we (Canon customers) can get our dSLRs fixed is Canon – maybe some competition would encourage them to improve their service.

I was out a lot in January but this month felt almost as busy! Here are a few thumbnails from those sets; click on the subtitles to jump to my 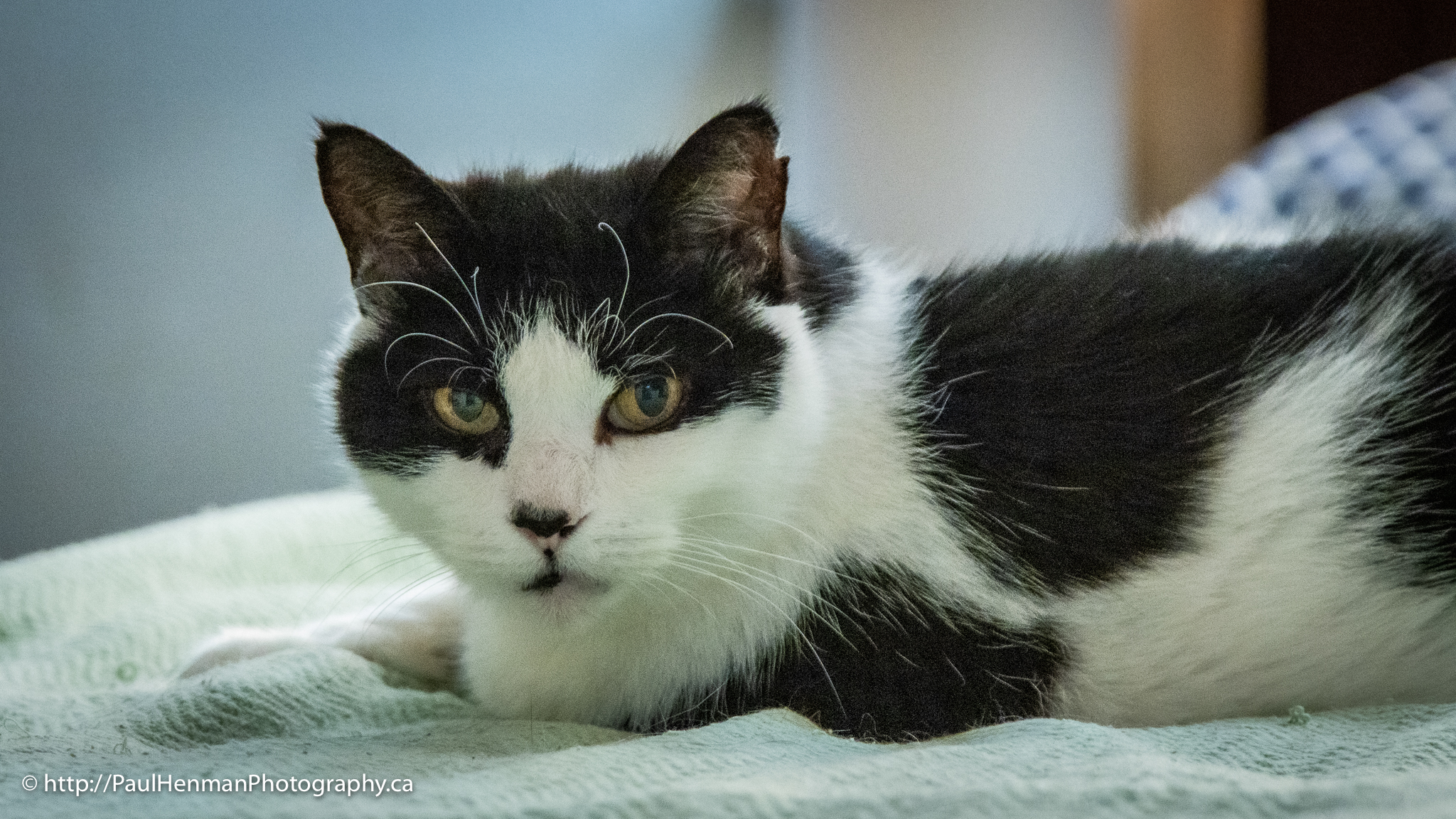 I failed to continue the “rainbow challenge” that I started last month – I’ll try to pick it up again in October. I only took one shot this month – 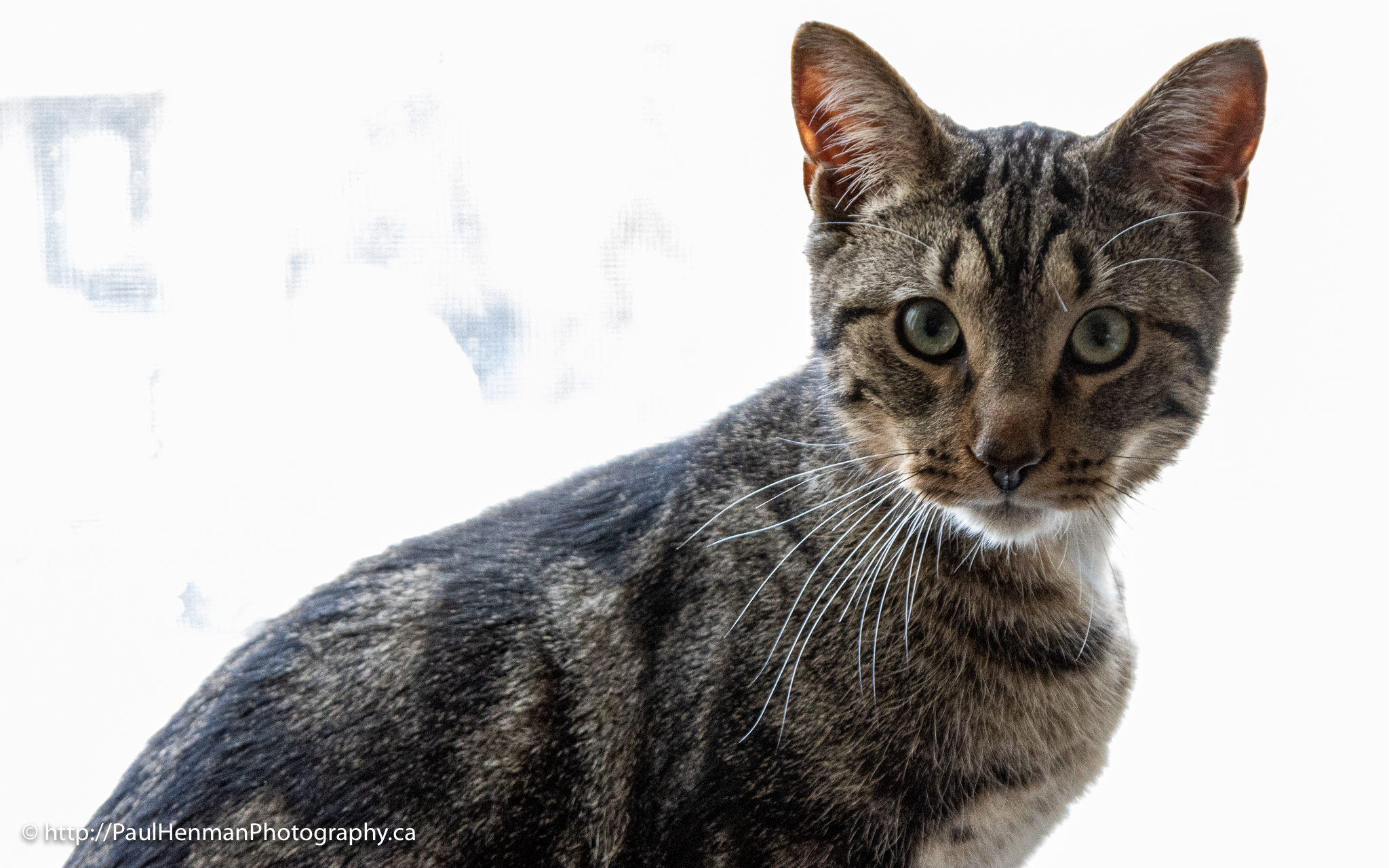 Back to just a couple of cat shots again this month. Draco is our current foster [My monthly round up posts on this site] [Last month: November] Want more? [Photoblog]