I won’t repeat all the news/controversy around tyres – it’s in my notes from Qualifying – but just to add that there were no (visible) tyre issues during the Practice and Qualifying sessions.

My GridBids picks for this weekend: VET, BUT, ROS, HAM, HUL & BOT.

PIC given a 5 grid spot penalty for a gearbox change, so he’ll drop from P19 to P22

The front 6 cars are starting on the option (soft) tyres on which they set their qualifying time; MAS & ALO will be on the primes that they used in Quali; BUT & HUL didn’t set a time so they can pick their tyres, as can everyone behind them

Reports of a front-right brake problem for HAM

01/60: Great start from VET
HAM defends but both Red Bulls pass him before Turn 1
MAS up to P6

06: RIC pits, as do SUT, VDG, BIA
Incident involving cars 18 (VER) and 14 (DIR) will be investigated after the race – unsafe release
Radio from GRO saying he’s “much faster than Kimi” (RAI, his teammate)

08: VET pits from P1 – rejoins just ahead of ROS
PER pits too
Radio for WEB – box

09: WEB pits from P1 – terrible stop – right-rear – they release WEB but right-rear immediately parts company – bounces through the pits – flattens at least one mechanic!!
That was a stupid decision by Red Bull – they must get a massive penalty for that – they could have caused serious injuries!

11: Incident involving car 2 (WEB) will be investigated after the race – unsafe release [Please throw the book at them!]
RAI still battling with HAM for P7; ROS holding them up
WEB f/lap 1:37.121

12: Radio from HAM saying ROS is holding him up
Radio for BUT – still on Plan A

15/60: VET, GRO, BUT, HUL, HAM, RAI, ROS, ALO, MAL, BOT
Replay shows the mechanics fighting with WEB’s rear-right were frantically indicating they weren’t ready but someone sent him out anyway

18: HUL pits, releasing HAM
BUT, MAL, BOT yet to stop
RAI closing on HAM
Radio from HAM – no grip
RAI pounces and takes P4 from HAM

19: ALO rushes up behind HAM
Radio from HAM – “these guys are on different tyres from me” 🙂

21: ALO attacks again in to Turn 1 but HAM’s got the inside line
Radio for HAM telling him ROS has the same problem – doesn’t really help fix HAM’s issue
BBC report that the cameraman is “basically OK” after being hit by WEB’s wheel

22: BUT puts
ALO has another try at passing HAM into Turn 1
HAM giving ALO room but definitely not making it easy for the Ferrari to pass
Radio from HAM – “I’m pushing, man, I’m pushing”

24: BIA’s car rolling back across the track! Crane driver starts to follow it but stops before he reaches the track- smart move!
Safety Car deployed
BIA’s car rolls across the track, onto the grass on the other side, slowed by some advertising boards, comes to a stop close to some marshalls

26[SC]: lapped cars may now overtake – car 2 (WEB)
VER has retired too
Radio for VET reminding him to drink

27[SC]: WEB has passed the SC and is heading round to rejoin the back of the field

29[SC]: SC in at the end of this lap
VET drops back from the SC, backing up the pack
WEB has caught the back of the field
SC heads into the pit lane

36: Does VET have a KERS problem?
Radio for GRO asking if the current tyres will last another 12 laps? GRO: “no”
PER around the outside of MAL into Turn 1; cuts back and takes P8

38: HUL pits, giving HAM P6; his next target is BUT
VET still has the two Lotus drivers on his tail
4th stop for CHI

42: VET pits from P1; RAI inherits the lead; clean stop; rejoins ahead of GRO
How long will RAI stay out?

54: GRO says “I don’t understand anything; radio is bad” … so don’t expect him to let RAI past
WEB takes P8 from DIR

57: ALO close enough to GRO to use DRS
RAI 2.1sec behind VET, closing at ~0.5sec/lap so will he have time?
Radio from BUT – struggling through traffic – HAM is catching him

59: RAI continues to close but not quite within DRS range of VET
HAM rushing up to BUT

60 = final lap: VET barely keeping RAI 1.04sec behind – just enough
HAM attacking BUT – around the outside – takes P5
RAI now under 1sec – he’ll get to use the final DRS zone

A German winner (first since Michael Schumacher in 2006) and both Lotus drivers on the podium. 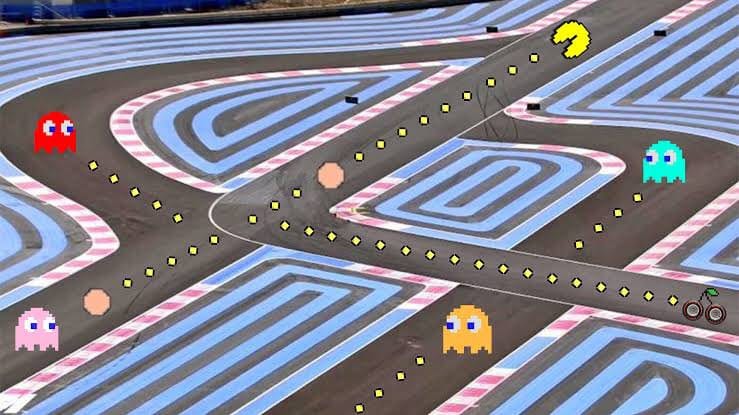 Following his wins in both Australia and Bahrain, VET leads the Drivers’ Championship – he’s 17 points ahead of HAM, with BOT a further 11 points behind. News: The good