Hamilton is not endearing himself to the media, having walked out of the Mercedes press conference after Qualifying yesterday, and that’s after playing on his phone in an FIA press conference on Thursday.

Provisional grid: ROS, HAM, RAI, VET*, VES, RIC, PER, GRO, HUL, GUT; BOT, MAS, KVY, SAI, ALO, PAL; BUT, MAG, ERI, NAS, OCO, WEH*
*In addition to VET dropping from P4 to P7 because of his penalty from Malaysia, and WEH getting a 5-place for a gearbox change (but he was already P22) there are a couple of new penalties: RAI will drop 5-spots for a gearbox change and BUT will start at the very back of the grid after incurring 35-spot penalties as McLaren changed his entire power unit.

Ironically VET had to change cars on the drivers’ parade because the classic Ferrari that was giving him a lift broke down.

Mercedes have confirmed both their cars were not running full power in qualifying in order to protect their engines.

HAM as first out of his garage, waiting at the end of the pit lane for the lights to change and a chance to do a couple of installation laps. But before the lights change, he’s joined by the two Renaults, sandwiching hit at pit out. HAM heads a long line of cars, with most of the drivers wanting to do a practice start.

Cars are assembling on the grid
Radio from HAM – back of his seat is feeling warm
There’s still a bit of a damp line from the grid into the first turn, which might make things interesting at the start

Top 10 have to start on their Q2 tyres, so they’re all on softs, but behing them BOT & MAS are on mediums.

06: RAI around the outside of HUL for P6
ROS opening a handy lead as HAM is stuck in traffic

08: RAI runs wide, touching the edge of the gravel but recovers

09: Radio for HAM – “other cars are struggling on their tyres”

13: ROS pits, as do VET, PER and RAI
HAM leads because everyone else has pitted

19: PER all over the gearbox of PER as they enter the chicane
PER round the outside of PER into Turn 1 for P7

21: HUL makes a brave move around the outside of HUL into the chicane

24: Radio from VES – starting to lose the rear traction

26: Big lock up from NAS into the hairpin but ALO can’t take advantage
ALO makes a move into 130R – passes NAS

28: SAI now under threat from MAS

32: If HAM stays out for a few more laps he could take a new set of soft tyres to the end
Radio from PER asking why HUL got to pit first

36: VET closing on HAM
Why didn’t Mercedes put HAM on softs in that last stop?
Radio for VET telling him everyone else is on primes (hard tyres)

39: HAM and VET making their way through a bunch of back markers
VES is closing on ROS, but is that because Mercedes have turned down the engine?

43: Now VES is complaining about the back markers too

44: ROS 5.3sec ahead of VES; VES 2.1 ahead of HAM
Radio for ROS warning him the front tyres are dropping to bottom of temperature window
Radio for VES warning him about tyre temps too

45/53: HAM now a fraction over 1sec behind VES – almost within DRS range
VES is picking up his pace… and so is HAM

47: HAM under 0.5sec back from VES; HAM using DRS to attack but VES using KERS to defend

48: VES still holding off HAM even on the main straight

52: VES continues to defend well
HAM attacks as they approach the chicane; HAM has to use the escape road

53 = final lap: Radio from HAM – “Max moved under braking”
Yes he did but I don’t think he should be penalised

ROS takes the chequered flag
VES holds on to P2

That means Mercedes are the Constructors’ Champions again – third consecutive win for the team.
Toto Wolff praising the 1500 people in Mercedes F1; described himself as “just the monkey representing them in front of the camera” 🙂

ROS’s lead in the Drivers’ Championship is now 33 points over HAM
VET seems to have calmed down about the back markers, saying in the interviews that they didn’t really cost him much time

“Mercedes have withdrawn a protest over Max Verstappen’s defensive tactics in his late-race battle with Lewis Hamilton at Suzuka, which was initially scheduled to be heard at the forthcoming race in the United States.” [FIA]

Many journalists & commentators have been talking about how HAM can seal his 5th World Drivers’ Championship this weekend, because there are just 4 races (including this one) left this 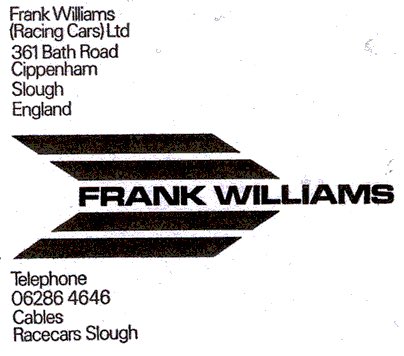