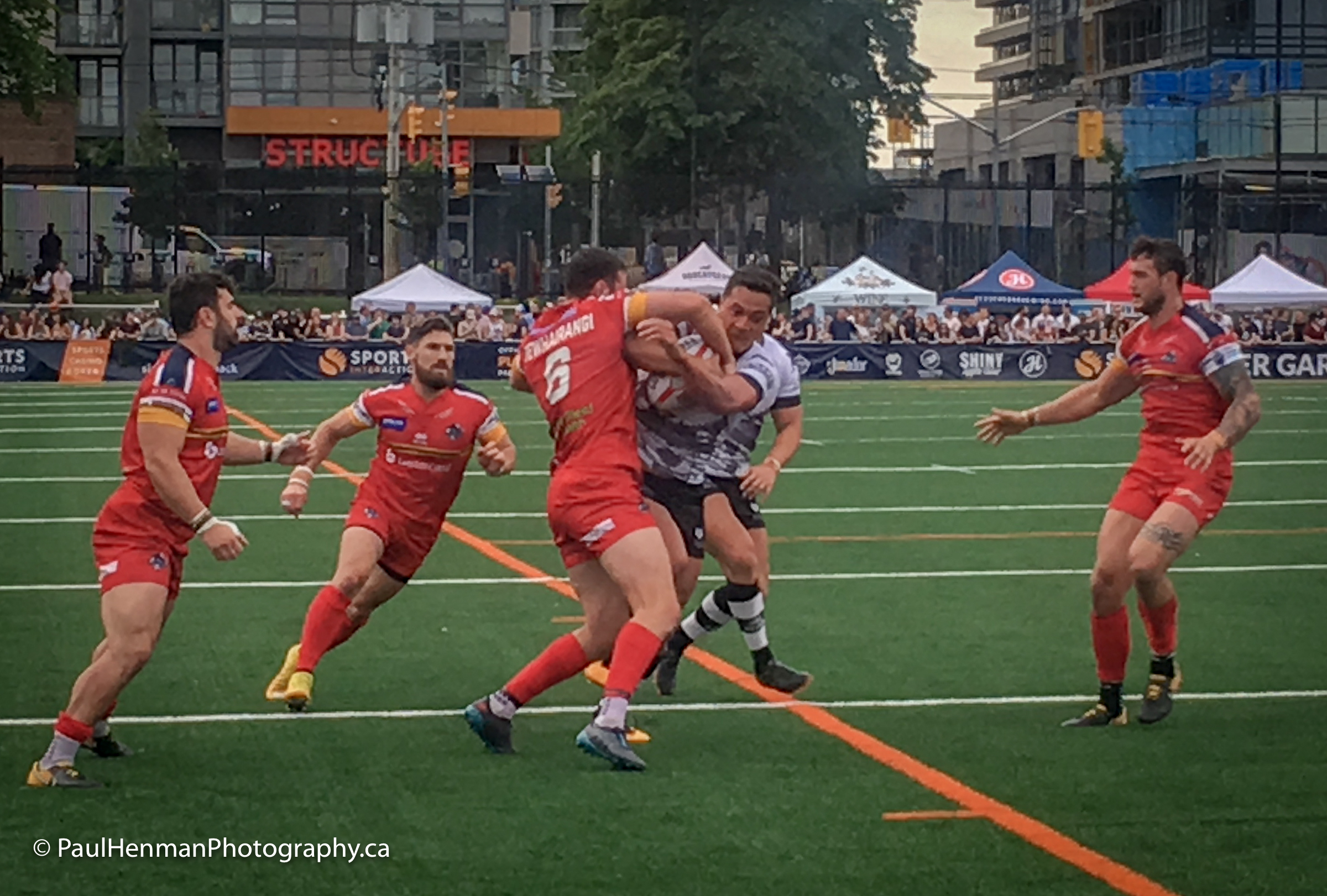 I won the star prize at the first Canadian Regional Scrum Gathering back in March – a pair of VIP passes to the Toronto Wolfpack rugby league team’s home games. A few of us were talking to Jon, the Wolfpack’s Head of Marketing, at the end of the conference and someone mentioned my photography for the Toronto Indy, so Jon said he’d see if he could arrange for me to shoot a game or two.

A couple of months went by, while the Wolfpack were playing all their away games in the UK, and then my tickets arrived. Unfortunately, the first home game coincided with the Spirit of Toronto event which Andy & I always attend (OK, we missed the very first one but we’ve been every year since).

The next home game was against London Broncos, which Toronto won 32-12. A shoulder injury meant I couldn’t even lift my camera so I took a few shots with my iPhone – the quality isn’t great but I got some reasonable pics. [Flickr]

What really struck us was when the players shook hands with fans afterwards, and kids ran onto the field to get autographs – that’s not what we’re used to seeing at most other professional sporting events!

A really good game; I bought a replica jersey afterwards – apparently I’m a 6XL, so when the website says “they run small” they’re not joking!

Late night launch, originally uploaded by Paul Henman. A night walk with Toronto Photo Walks; unfortunately it rained quite heavily and we didn’t make it over to the Islands but

East Lynn Park (9), originally uploaded by Paul Henman. Not the biggest hill in Toronto but still it was packed with people tobogganing.