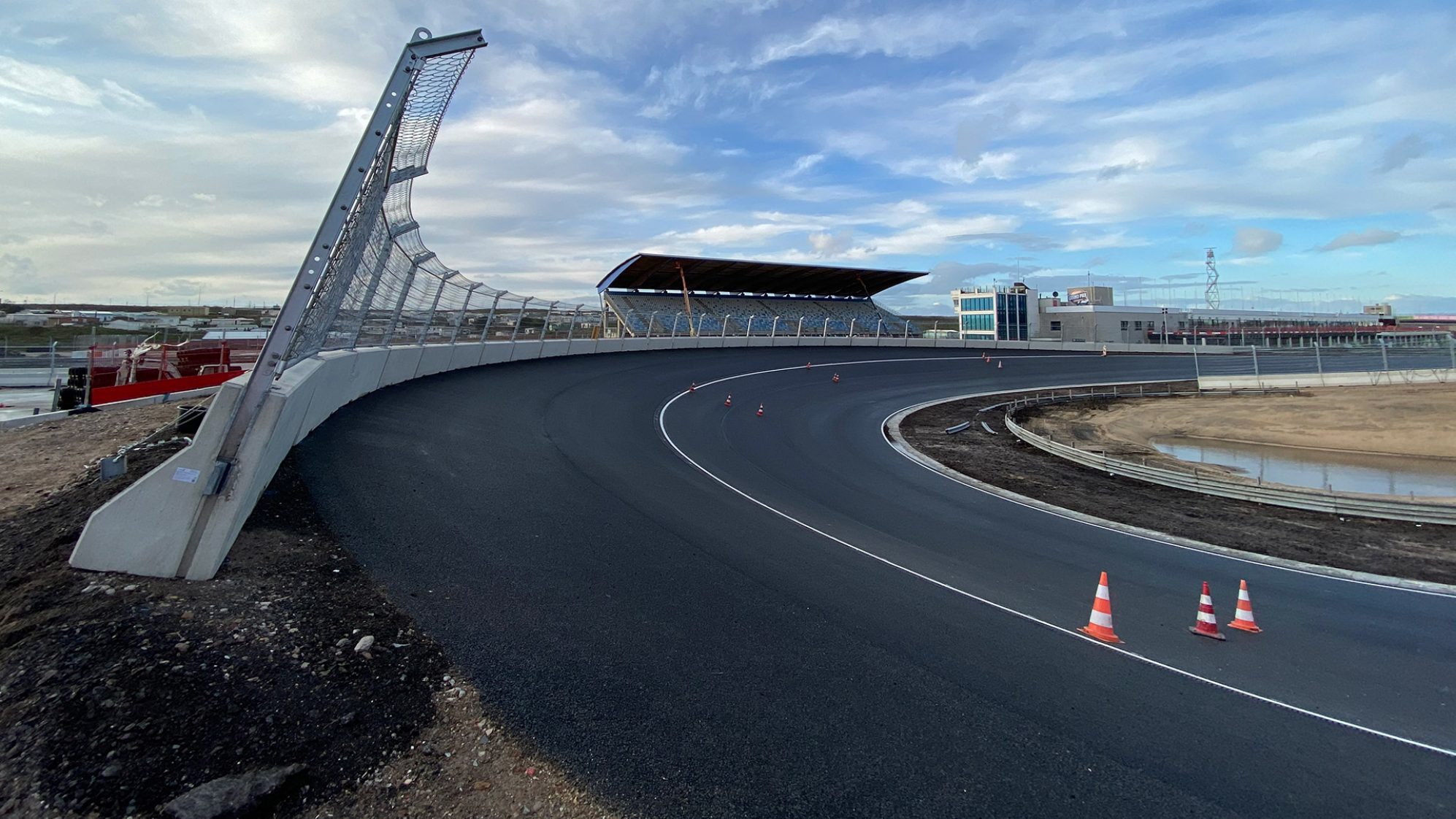 As much as people often want a wet race, because it makes things less predictable, I don’t think anyone wants one as wet as the GP of Belgium last week!
In case you missed it, there was a post-race penalty for STR – he finished P18 so adding 10 seconds means he’s classified P20 but it makes no real difference.

Since Sunday the main news has been RAI’s retirement and the various (rumoured) driver changes, the biggest one being whether BOT or RUS will be #2 to HAM next season.

It’s the first F1 GP at Zandvoort since 1985 – the Dutch Grand Prix was meant to be here last year but was cancelled due to COVID. The circuit is notable for the banked turns 3 and 14 – I wonder how this affects the suspension and front wing setups. Also, the pit lane is quite tight – there’s a metre less space between pit boxes than at Adelaide

30mins before Q1; Ferrari mechanics are busy rebuilding SAI’s car; it sounds like he won’t need a new gearbox
Mercedes have been changing brakes and wings on HAM’s car

Qualifying session 2
HAM and BOT re-use the softs that they had for that final lap of Q1
LAT 1:11.161
VER 1:09.071
(RUS P2)
(BOT P2)
(HAM P2)
(LEC P2)
5mins left of Q2; bottom 5 are RUS, STR, NOR, LAT, TSU
RUS loses the tail of his Williams, spins backwards across the gravel and tags the tyre wall – Yellow flags … Red flag – Q2 suspended with 3:54 left on the clock
RUS kept the car going and made it back to the pits, so he might be able to rejoin Q2 if the team can fix any issues on the car
The marshals are clearing up the gravel and checking the tyre wall
Session will restart at 15:46 local time
LAT is at the front of the queue waiting at the pit exit
RUS is out of the car, so he won’t run again
Green light; Q2 resumes with time for just one quick lap
LAT off backwards – big impact with the tyre wall – immediate red flag
That’s a busy night for both sides of the Williams garage
Q2 won’t restart
Middle of the grid: RUS, STR, NOR, LAT, TSU

The start of Q3 has been delayed as they clean up after LAT’s incident
Red Bull ask Michael Masi to look at Mercedes for holding the tyre blankets on HAM’s car for too long
Top 10 shootout will be between VER, LEC, GAS, HAM, BOT, RIC, SAI, OCO, ALO and GIO
Q3 will start at 16:07 local time
Meanwhile Sky Sports interview VET and MAZ about their Q1 incident; MAZ blames his team and his teammate – that’s not going to make him very popular

Interviews:
VER: “It’s an amazing feeling to get pole position here. The crowd is incredible, the car is really nice to drive and this track as well – it’s really cool. It’s the best starting position, as passing will be difficult. Today was good, so I hope we can finish it off tomorrow.”
HAM: “So close. First I just want to say a big thank you to all the orange fans here, what an amazing venue and track. I love coming to this country. Max did an amazing lap, yesterday’s session missed made it difficult but I gave it everything. I think strategy will come into it but to see a crowd like this – we haven’t seen a crowd like this for a while. I hope the track let’s us provide a good race, it’s a very tough circuit.”
BOT: “It’s definitely an enjoyable track, with a good atmosphere so it’s been fun. Red Bull were a bit out of reach today but two cars in the top three, still all to play for. Race start is always an opportunity.”