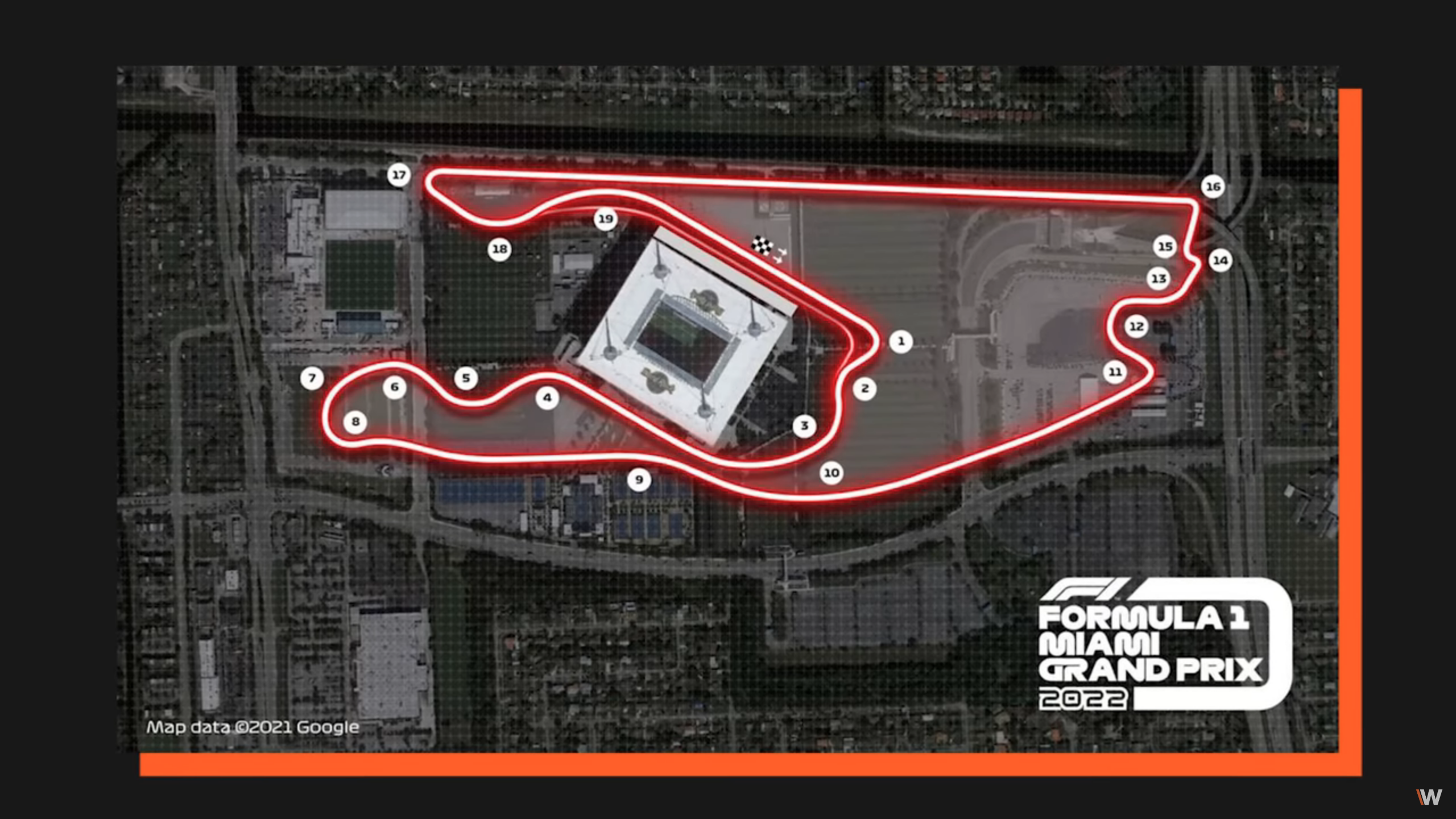 After the Emilia-Romagna Grand Prix LEC is 27 points ahead of VER, with PER a further 5 points back; Ferrari are just 11 points ahead of Red Bull, with Mercedes another 36 points behind.

Miami is new on the calendar this year, and it looks like there will be a third USA GP next year. The FIA say: “Set in the Hard Rock Stadium complex in Miami Gardens, home to the NFL’s famous Miami Dolphins franchise, the track is the culmination of a development process that simulated no less than 36 different layouts before settling on a thrilling, 19-turn lap that provides a street circuit vibe, not dissimilar to Melbourne’s Albert Park.”

Will there be penalties for those who blocked ZHO’s final flying lap?

Apparently OCO’s FP3 impact at Turn 14 was 51G – surely they ought to put something (TecPro or tyres) in front of the wall before the race?

Even as recently as a couple of weeks ago this race wasn’t a certainty – they went right down to and slightly over the wire but finally the circuit is ready. LH was fastest in

It’s only a week since the Australian Grand Prix; the forecast for this race weekend is stormy, which might favour Hamilton and Schumacher. Tyre compounds for this weekend are hard and medium. My GridBids picks